For the first time ever, the Stavanger Symphony Orchestra conducted by Torodd Wigum has staged a piece with two Tesla coils as part of the instrumentation. They played the main title theme from Star Wars, composed by John Williams. The six concerts were presented by Norwegian TV personality and physicist Andreas Wahl. Throughout the evening, he built a discussion around the question of how music is created from a physical perspective. For the event, we installed a 2MTC and a 1MTC coil, controlled via keyboard. One of the most tense and exciting moments of the performance was the interplay of Andreas Wahl’s chain-mail shirt and the lightning flashes emitted. 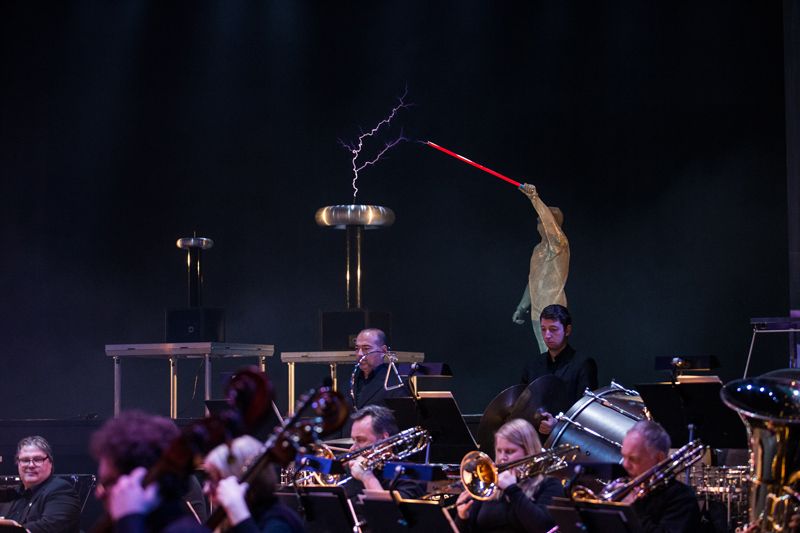 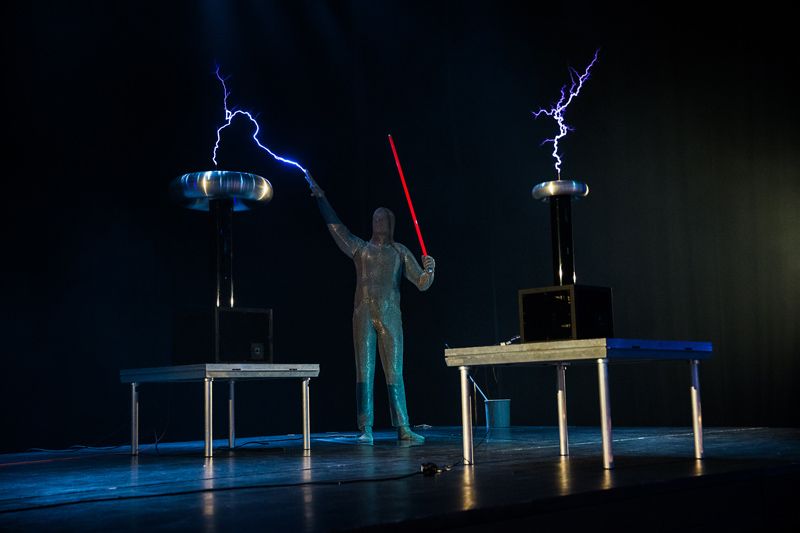 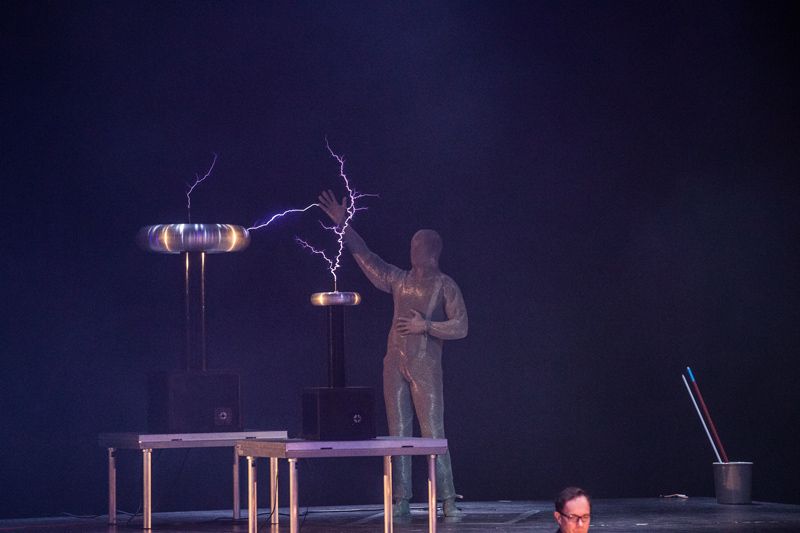